My new HTC One X is different to an iPhone 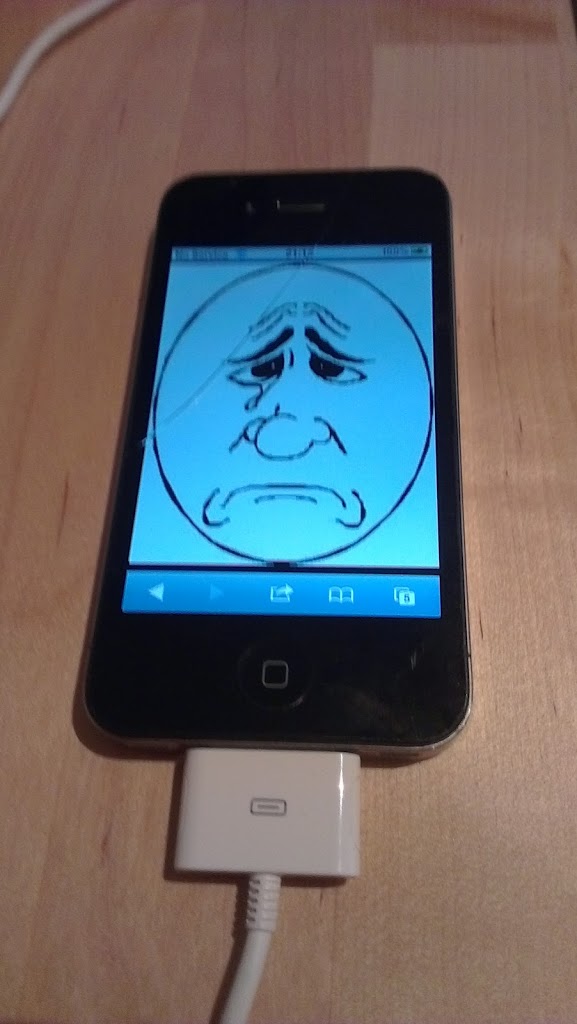 My old mobile phone died on me recently. I’d not treated it well, to be fair. There was a big crack across screen after I’d repeatedly dropped it on the floor. The corners had scratches and cuts taken out of them. Excessive use had made the home button not work properly and the battery had descended to the point where it needed a daily charge even with most of my push notifications turned off.

However I was getting close to the end of my 18 month contract and I was left with a difficult decision. Did I wait another 4 months or so and get an iPhone 5? Do I stump up for an iPhone 4S now? Do I go feral and get an Android? In the end I decided to go for the HTC One X. All the reviews that I read online said that the features of the phone were the best available and the only real peer was the Samsung Galaxy S3 (which I rejected because I decided it was too big to fit in my trouser pockets – a somewhat spurious reason, but it was as good as any).

The feature list is as long as my arm, but what really impressed me (having come from an iPhone world) was that the internal storage was starting to become comparable to the iPhone for storing music and movies, the camera was as good and so was the screen – now in glorious HD.

Why am I mentioning all this on an Analytics blog? I’m no Apple fan-boy (the only Apple products I’ve ever owned are iPhones) but I can see where the additional thought has gone into building the iPhone and how they’ve come up with those design decisions.

My biggest bug with the One X is the battery life. It is truly atrocious. Below is a picture of how I’ve used my battery since having it charged up to 86% at lunch time today. 9 hours later and the only real use I have got out of it is playing a game on the train on the way home from work for half an hour whilst listening to music. The wifi may have used up far more then I’d hope for (I’m not convinced our guest wifi at work is consistent though and it keeps losing signal, so I’ll let it), but at 9 hours and using up 11% of the battery usage, that isn’t that bad.

The big wammy is the screen. As you can see 33% of the current batter usage (dropping by 40%) is caused by the screen being on for just over an hour. By my reckoning I would get about 7.5 hours of screen on time before the battery is completely drained without doing anything else on the phone. This is on the lowest possible contrast setting. God forbid that you put it on automatic.

Admittedly I’ve never had the ability to break down my usage like this before, but I’m pretty certain my iPhone could cope with that amount of use on the train without dropping 40% of the battery.

What is worse is that HTC say this was as design decision:

Our research was clear: you want your phone to last all day, but you also want your phone to be thin and light. So we set battery performance goals alongside design targets and relentlessly pursued creating gorgeous phones that work throughout a long day.

I’m sure if HTC had actually done any proper testing of the phone in the field, then they’d have realised that this is ridiculous. In fact, it shouldn’t have taken much user research – all they needed to do was find a good demographic of their phone users and put something on there that monitored how they used it and sent it automatically to HTC. Being on an Android it would have been easy to do.

I’d like to say that I put my phone into airplane mode frequently. However the trips I make on planes happen only a couple of times a year, so one of my major reasons for changing the way my phone works is to make sure that it is on mute at night so that nothing wakes me up and mute in important meetings when I don’t want to be disturbed, but do want to be able to see the messages.

For this to work, I need the mute on the outside of the phone, not as a software function that I have to open my phone up to use. The phone has facial recognition as an unlock function – that is so cool that I have to have it turned on all the time. It works about one in ten times, never when I’m lying in bed or wearing sunglasses, but that one in ten is awesome and makes me yearn for a hover board. However it means it takes me 5 – 10 seconds just to set it so that it is on vibrate rather than call.

I’m sure I’ll get used to turning the lock button on and then turning the volume up and down, but it doesn’t feel as intuitive as having a sliding button that turns it on and off.

I think widgets are a great idea in principle. In practice the main widget that I bet most people use is called power control. Everyone who I’ve talked to has advised that I download this widget to my home screen. My response is always “Why?” Apparently I should be turning off things when I’m not using them so that the battery lasts longer. I find this thought completely astonishing. If I’m not using the functionality, my phone should be intelligent enough to stop them using power.

So as it turns out I now have the settings so that wifi is on all the time (because I don’t think it uses up that much battery), but location services and auto updates are off all the time. Bluetooth I never use because I don’t really have need to (it was off by default on the iPhone and I guess the only time you’d use it is if you had a headset).

Other widgets I do like though and I like the idea of having some preset objects that you can put on your pages. My home screen has a big clock and the weather. I think that it could be a bit more intuitive to get them on the screen. If you want an example of how obscure it is – in the list of programmes when you press the icons button at the bottom you don’t have an option for widgets. The only obvious way to get them on the page is by pressing down on a bit of empty space.

One area that Android really trumps Apple is in music. I’m sure I won’t be the first person who has moved from an Apple device (whether it be iPhone, iPad, iPod or iTouch) to an Android and wondered in amazement how I get my music from one device to the other.

Being able to synchronise directly from iTunes was a real fillip for me. I’ve gone in the opposite direction and spent hours transforming music to the format that iTunes needs it in to be able to get it onto my iPhone. This open source compatibility is a real advantage of having and Android over an iPhone. I can put anything that I want on there rather than being limited to Apple’s walled garden.

I think overall I’d be very happy with the phone if it wasn’t for the battery issues. I haven’t experienced huge pain moving from one to the other that would make me advise against other people going from iOS to Android (or vice versa) although admittedly I’ve had an HTC in the past.

However I think that iPhone’s are good for those people who just want something that will work straight away. You get it out of the box and it is charged up already and off you go. The store is there right in front of you and you have the advice on which apps to use. The visual voicemail is 100 times better than any other voicemail I’ve ever seen.

Androids are for people who want to customise their set up more. People who want to choose what sort of battery monitor they have in the bar at the top. People who when they attach their phone to the computer want to choose whether to mount it as a drive, just charge it, synchronise it with HTC Manager, etc. You can ignore all these settings if you want and run it like you would do an iPhone, but you have to hope that your handset provider hasn’t cheated by copying all the functionality first (not that you’ll care how much Samsung have to pay in damages if they don’t increase the price).