4 Tips to get more out of SiteCatalyst Marketing Channels 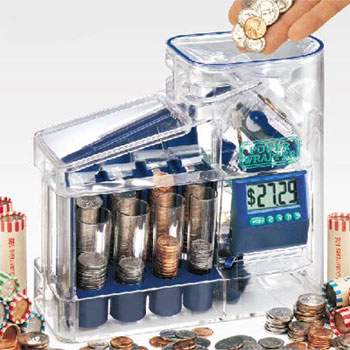 In the past couple of weeks I’ve had a couple of clients ask me about the Marketing channels report in SiteCatalyst.  I was part of the beta programme in my last job (do I get in trouble from Omniture for saying that?) so I’ve had access to it for a lot longer than everyone else and assumed it was common knowledge about how it all worked and what you could use it for.  In fact, I even wrote about the report when it first came out.

So lets get the basics out of the way.  Ben Gaines wrote a very good piece over at the Omniture blog on how to set it up.  I’ve been using a bit of a different analogy of how it works because I don’t think the waterfall one makes an awful lot of sense. What I’ve been comparing it to is a coin sorter.  You put the coins in one end and the thing sorts the coins into different types based on the size of the coin. As the coins fall through, you get small ones being taken out first, then progressively up to the larger ones.  If it was the other way around all of the coins would fall into the holes for the larger coins. The Marketing Channels works like that too. You choose (via selection rules) what traffic/conversions you want to take out first and then the second rule only applies to what is left.

Then once you’ve chosen what channels you want, you go to the next level of channel detail.  This is also worth thinking about when setting up, because you’ll want to go to that level of detail if you actually want to use the data to optimise.

With Last touch you should note that it doesn’t necessarily mean that they did this at the beginning of their visit.  If you set up one of your channels to be responding to an internal campaign, then that will overwrite the previous last touch.  Of course in your settings you can choose so that it doesn’t overwrite the most recent marketing channel, but I can’t think of a situation where you would only want the first touch channel recorded.

This is annoying in situations where you use other sites payment systems (eg Paypal) and the user leaves the site before coming back at the end for the thank you page and conversions. Obviously you don’t want them to count in your channel and whilst you could make it so that they only count for the first touch or your touches only count at the beginning of the visit, really they’re mucking up all of your reports and you want to exclude them in the internal url filters.

Also note for practical purposes direct visits and internal visits will only count if it is the first page of the visit by default (otherwise they may end up getting counted lots of times where they shouldn’t). This is at odds with how the others are defaulted, so you may want the others to only count for the start of the visit (which is a rule you can add in at creation).

Interestingly First touch is a bit misleading. It is the first touch as long as they haven’t been inactive longer than the visitor engagement expiration. This setting allows you to say how long you want your user to be inactive for before you start counting them as a ‘new’ visitor for the purposes of this report. Note they’ll only be new in this report and it is defaulted to 30 days of inactivity.  To combat this issue there is a new metric called ‘New Engagements’ which shows you when a visit is coming to the site with a new first touch.

Confused?  Here is a handy guide:

Tip 2: Visits may be misleading

It’s not often that I say that you shouldn’t be looking at visits in these reports, but bear with me on this one.

But wait, all is not lost.  Just because you can’t do conversion rates like you want to for your first touch, doesn’t mean that you should ignore the data.  Remember the new engagements metric?  You can use those to work out your conversion rates for your first touch.  The downside is that your new engagements are disconnected from your conversions over time.
Tip 3: Break down your last touch by your first touch
I’m sorry if I’m teaching you to suck eggs here (what a strange expression!), but this is the point of the whole Marketing Channels!
It seems to be quite obvious to me that lots of people who buy stuff do research first.  They’ll search around using Google, find the one they liked and then go there at a later date by typing the url of the site in.  Or at least it feels like it should work like that.   Does it?  Well you can find out by breaking down those conversions who came directly to the site as their last touch by the first touch channel they had.

So what do you do with this information?  Well you accept for a start that a load of people have deleted cookies, swapped computer or it is their first visit, so their first touch is the same visit as their last touch.
Then you go off and try and use this information to help you optimise your website. Change stuff and then monitor it over time.  Does your natural search frequently have a first touch of paid search for conversions?  Try altering the landing page for your paid search to encourage people to find you through appropriate keywords when they come back.  Does it happen the other way around?  Update your marketing messages in your paid search to reflect the methods that they came through in their first touch.
Do all that stuff that you do to try and make more money, then use this data to show that you’ve made more money because of the changes that you’ve made!
Tip 4: Break down your last touch by your campaign reports
A couple of weeks ago I was harking on about the plugins that the clever guys at Adversitement head office have created and a few weeks before that I was talking about the various different ways to set up your campaigns for first, last and linear campaigns.
What would be useful is if you could break down your last touch or first touch marketing by one of these guys. What?  Marketing Channels are on full sub relations? You can break down one by another?
I like this particularly when you break down your Marketing Channels by the campaigns that they responded to linearly.  You’ll end up with some at the bottom that look like they have 0, but actually because SiteCatalyst rounds that number is a fraction of a conversion.  It’s a nice quirk of statistics that makes me feel like something is working.
Use this information to help build your campaigns, your campaign messages and your landing page messages to get better conversions.