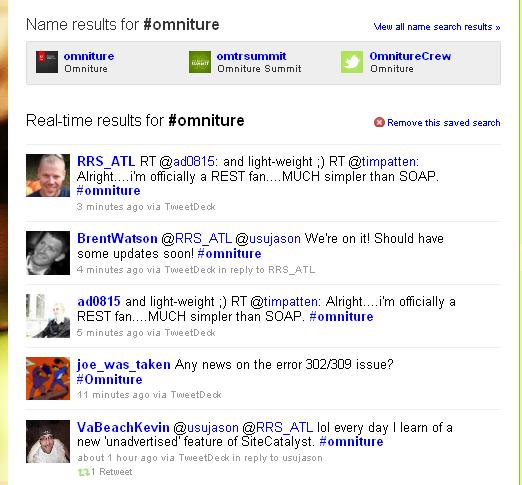 Social Media is the biggest thing in the world at the moment.  You can hardly look anywhere in the press without being reminded of Twitter, Facebook, Blogs, etc.  Well, of course you won’t fail to be reminded about blogs,  I mean, you’re reading one after all.  Lots of recent stories of failure (and deceitful success) has made me think that maybe it’s time I wrote a bit about it (again).  When I started this I started looking at some of things I’d written that I could link to up here (I like doing that), but there appeared to be hundreds of them.  So I’ll limit it to my top three: The advantages of Social bookmarking; Social Bookmarking is all about brand; and Social bookmarking is about networking.  Technically speaking all of these are about social bookmarking but really social media is the same thing – you want your brand to be out there, you want it to be known as the best and you want other people to do it for you.

Success Stories and what they did well

Firstly lets look at a couple of success stories from different sides of the spectrum and things that they do well:

Omniture Care.  Quite possibly these are my favourite because I use them so frequently.  Who are they?  They are a bunch of guys over at Omniture who decided that they should start using Twitter as an addition to their online support.  Because, you know, sometimes it’s a pain having an online chat service at your fingertips who seem to know most things.

Why does it work so well?  The Omniture hashtag on Twitter is a great thing.  It is almost like a little community of people who help each other.  One person asks a question and it isn’t just Omniture Care who now respond, it is the whole community of users.  The more the people respond, the more people get involved.  It’s the ultimate system of getting a load of people with strange Omniture implementations to help each other for no personal benefit whatsoever.  I try and help out where I can, but frequently I am amazed by the knowledge of this small community. Barack Obama.  Obama has over 4.5m followers on Twitter.  Almost 12m people have ‘liked’ him on facebook.  In a way, this is all of little consequence, because the real work was put in during the election.  How did it work so well?  ReadWriteWeb will tell you all about the work he put in during the election to get all that traction, but the real key was the people he went for.

Yep, in a nice stubby little paragraph at the end, the reason that it worked so well for Obama was that he went for the people in his demographic.  He made sure he was in a space where his voters would be and they could be the ones that helped promote him.  I’m sure very little of the work was done by himself – most of it would have been done by ghost writers and so on. If you want to look at a good comparison, this year’s British elections didn’t really touch enough on the social media aspect.  Why not?  Because the demographic of user online in the media that each of the parties went for isn’t necessarily the right audience.  Obama did a good job of getting young people who don’t normally vote to vote for him by using the places that they frequent.  The British politicians by contrast appear to have spent the whole time trying petty digs at each other.  A don’t-vote-for-them strategy if you will.

Failures and what they did wrong
Here are a couple of stories from the recent press about things that went wrong and what they could have done to make it better.
Warner Brothers.  This was a bit of a cock up by Warner Brother’s and there is a nice post on the IAB site with three lessons that could be learnt.  Firstly WB sent a generic letter to Adam Singer asking if he would like to be paid to blog about their television series.  It turns out Adam doesn’t ever watch television, let alone write about it.  Secondly, he has been quite outspoken about writing blogs for money, so he may have not been the best person to ask.  What Warner then did was make it worse by denying that they’d done anything wrong.
Firstly if you are going to ask people to blog for you for money – do your research first.  The first rule of spam is don’t spam and emails like this stink of it.  Be personal and be specific about what you want, you’ll get better results that way.  Secondly, if you have to respond to the criticism (and sometimes silence is the right way) maybe it is just best to admit that you were wrong or that you didn’t see any harm in it.  Being defensive is just going to make it worse.
It’s good that you want to get into the blogosphere, get writers talking about the subjects of your television shows, but paying people to do it isn’t really on.  I suspect that the writer would get called out by their audience pretty fast, even if they didn’t explicitly say so.  Work on a different strategy like inviting them to look around the studio, special screenings – all the things that you do with the mainstream press.
Ryanair.  Ryan air’s story is a bit of an odd one.  A mad cap developer went on a foul mouth tirade (I could be a sub for the Sun, couldn’t I?) at a blogger who thought they’d exposed a security flaw in their system.  It led to Travolution picking up the story and asking Ryanair if they thought that this was responsible behaviour.  Needless to say the response from management left a little bit to be desired as they called the original blogger an ‘idiot’ and a ‘lunatic’. Is this really a failure?  I suppose you could argue that it isn’t really – Ryanair take great delight in being the bad man of the piece (look at their most recent advertisement campaign), but this surely takes the biscuit.  Yes we know they’re cheap and no thrills, but this is just a bit personal.  If Ryanair had just said “We’re really sorry, we’ve put things in place to stop this happening again” then you wouldn’t have the plethora of websites out there trying to come up with ways of avoiding fees.  The blogosphere can be cruel when it wants to be.
Digg and Reddit:  This brings us nicely on to something that is happening right now.  Digg has some users who have been accused of gaming the system.  What they have been doing is getting together off Digg to do mass burying of things that they don’t like.  Of course, I am fairly sure that this has been happening the other way for years – I am sure there were groups of users from various websites who would artificially promote things on Digg using various different user names and a network on email.  Reddit, on the other hand, has already been called out by one of their own for doing something like this (even if there was no real evidence).
But for sites that are entirely reliant on their user base – can people get away with this for long.  It’s fairly obvious when one site keeps getting promoted up the rankings and people tend to notice (a la the Reddit issue).  In fact, if you read the comments on two posts you’ll see fairly quickly that most of the users don’t like this.  In fact, Reddit users frequently site this as one of the reasons that they moved from Digg.  What with Digg looking to become profitable for the first time this year, the last thing they could do with is a mass uprising from within the ranks.
What do they need to do better.  They need to come up with a way of stopping people gaming the system like this and they need to do it fast.  For all the algorithms in the world out there, the problem is still that they are fighting against humans who as soon as the computer learns their patterns, will start working in a different way.  It’s a tough one, so maybe they hope that everyone will start gaming the system in the same way thus negating each others actions.  In the meantime, it looks like Reddit is there to pick up the disgruntled.