What Yahoo! should learn from ‘Gatineau’ 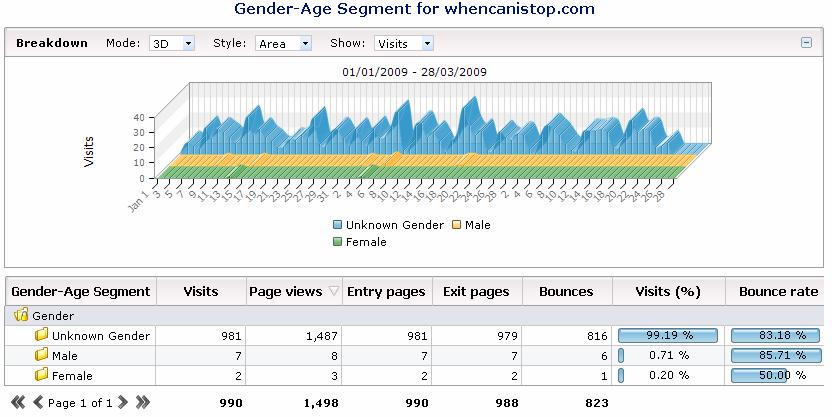 In a bit of a change of direction for me, I’m going to post today on something that has happened in the industry and not something that can help you with your business (sorry!).  You may or may not have noticed in the press recently that Microsoft have pulled their adCenter Analytics beta project.  In a post on the adCenter blog, Microsoft announced:

The beta has been closed, but the program will remain available to current users through December 31, 2009.

You’ll  note that I’ve talked in the past about ‘Gatineau’, the original (and better) name for the analytics package and indeed I have it on my blog as a measurement standard.  I have even reviewed it, compared the data output with Google Analytics and blogged (enthusiastically) about some updates they made back in September.

The questions we need to look at here are a little bit different to when HBX got subsumed into Omniture.  Why?  HBX had a base of thousands of users paying a fee.  There were limited options of the users of HBX – they were paying and the new company they were paying offered them another option.  With Adcenter Analytics, the number of websites using it was probably very small (I’m wondering if there is any data out there on this – maybe from WASP?).  Even if it wasn’t very small, none of them were paying for it, few of them were actually using it as their main source of analytics and everyone knew that it was still in ‘beta’.  I suppose the question is what happened to all those DeepMetrix users from when Microsoft first bought it.

Anyway, all this means that there probably won’t be too many websites directly affected.  On the flipside though, this could have all sorts of effects on the Analytics industry.  When Google first released their tool for free it was seen as making waves and it would only be a matter of time before everyone did.  Then Microsoft waded in and more recently Yahoo! have picked up the baton.

Yahoo! though could learn a lot from Microsoft’s beta project if they are going to succeed:

Am I saying that Microsoft didn’t have a USP?  They did have a USP, it just wasn’t very good – as they discovered fairly quickly.  Oh, the whole premise of it was brilliant.  They would take your web analytics data and allow you to segment it against ages, sexes, locations and job titles from their cleverly connected data belonging to those users with a .Net passport.  The only trouble was that most people browsing the web didn’t have a .Net passport associated with them and hence the segmentation almost always had large amounts of unspecified data associated with it (rendering it useless).  Or it certainly did with my site. What is Yahoo!’s USP?  Well it can’t be the fact its free, because Google is free too, it was there first and has far more help for users because of that.  Therefore Yahoo! need to think outside the box.  It also can’t be that it has built integration with their ‘merchant solutions‘.  Because that can’t possibly have enough users to make it worthwhile for Yahoo! to use it.

Maybe Yahoo! has scoped out the market and realised that although Google has a large percentage market share, its predominantly aimed at bloggers who don’t spend that much money on adwords.  Whereas Yahoo! has already got its own store built in that can help them.  Then it can use it to leverage not just built in analytics to sell the ‘shop’, but also having integrated it into an eCommerce products will allow them to sell more adwords (or whatever they call it).  eCommerce companies have more money to spend, because they make more money back.  Maybe they have gone after the right market.


This was one of my bug bears with Microsoft Adcenter.  Bar their own blog (which was highly useful), nobody else really blogged about it.  Can’t find something you need in adCenter Analytics?  Keep looking, because there aren’t any blogs out there to tell you how to do it.

The brilliance of Google Analytics is not the number of professional services that seemed to spring out from nowhere, but the number of blogs helping you out with your analytics.  I was speaking to a friend in the SEO industry once about entering us in for an award.  He flatly declined stating that he’d have to give away the secrets they’d picked up along the way and that would hurt his strategy.  In fact, there are very few industries where people will give away tricks of the trade for free in order to get more people interested.  Why do we do it?  Maybe web analytics really is hard and there will always be a need for a talented and knowledgeable individual.

This is something Microsoft are not used to, but Google are.  Google put things in beta and leave them there on the basis that it means they can change them more easily without people moaning.  “What do you mean I can’t use this functionality any more?  Oh it was only in beta, that’s fine then.”

Yahoo! still haven’t given open access yet.  I know it’s not in beta (I don’t think it is anyway) but whilst it is only free to a limited set of customers, they’re not going to win much support (certainly not with the blogging community).  All the time this is going on there are a number of HBX users moving solutions that could have easily been snapped up by Yahoo! given their similar segmentation ability (I know, I know, that was a real generalistic comment).  These customers don’t want to go to Google, because they don’t see it as giving as in detail analysis as they need and are picking up SiteCatalyst and WebTrends as we speak.

4. Don’t give it a name that is spelt differently in different English speaking countries

Just me on this one?  Yup, thought so.