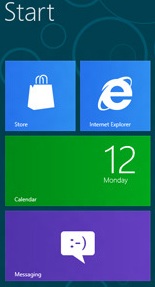 Mozilla and Microsoft have both got themselves in a bit of a privacy tizz over their respective browsers. First Microsoft decided to make Internet Explorer 10 come with ‘Do Not Track’ turned on by default, now Mozilla is thinking of a ‘Safari like third party cookie patch‘ where third party cookies won’t be accepted from domains that you have never visited before.

‘Do not track‘ (DNT) is a browser parameter first implemented by Firefox. If a user selects the box in the settings saying “do not track”, then the browser sends a signal across with every request along with the IP address, browser and a whole host of other things.

This is a great way for users to tell websites and advertisers that they don’t want to be tracked. The websites don’t have to do anything technically different on the pages to make it work, they just pay attention to the data that they get in the background.

The trouble with Do Not Track is that:

Uptake was low, until Microsoft decided that Internet Explorer 10 was going to have it turned on by default. Microsoft even use it as a USP in their advertising.

Except of course now that Microsoft have implemented it by default, all the advertisers have decided that because it is no longer set by a user, they can complete ignore it. Microsoft might as well have implemented a setting that gave a couple of magic beans to the user, given how much use what they have implemented.

The FDA, notorious for their light touch regulation, are desperately hoping that advertisers take it seriously so that they don’t have to do anything. Unfortunately they aren’t winning that battle at the moment.

Firefox is thinking of implementing something similar, as they said in their blog post back in February:

Mozilla has a long running interest in fostering greater transparency, trust and accountability related to privacy and the many cookie-based practices we see today.

So they are thinking of implementing something similar, although that has evolved a bit over the last couple of months. Firefox’s plan is to block third party cookies except in situations where you have already accepted a first party cookie from the same company. What is the impact of such a change? Well Mozilla have been taking it very seriously and have highlighted two potential problems:

And herein lies the problem with making this about increasing the amount of privacy that you are going to get. Any system that allows cookies from Google, Facebook and co isn’t going to give you any more privacy, all it does is drive out of business the smaller organisations.
Just to recap, this is how contextual display advertising works:
As I argued with the EU cookie laws, the problem here isn’t the cookie. The cookie is an enabler for this process that it is used for lots of other things outside of contextual advertising. The problem is that the user is kept in the dark on the processes and these processes aren’t regulated in any way.

Without wanting to sound like a smug strategy consultant, but Mozilla and Firefox have replicated a problem that I see regularly on websites. They’ve forgotten why they are doing these things and are implementing solutions based on who shouts loudest and shiny objects.
Firefox need to go back to that line that is at the start of their blog. This is their objective:

Mozilla has a long running interest in fostering greater transparency, trust and accountability related to privacy and the many cookie-based practices we see today.

We’ve already seen that through IE’s automatic on DNT that this doesn’t increase transparency. All it does is create a false culture where people think they are covered when they aren’t. This doesn’t increase transparency at all – it does the opposite.
The third party cookies are the same. They are going to create a culture where we think that we are avoiding the contextual advertising and we aren’t. This reduces trust in any future measures implemented because we won’t believe that they will work.
So how does Mozilla get a culture of greater transparency? Well if I had the magic answer I’d be a millionaire by now. Blocking things, however isn’t the answer. Transparency has to be.