Social bookmarking is all about networking 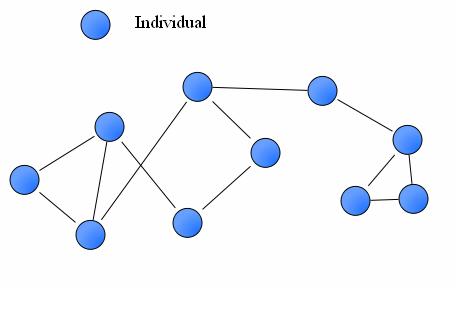 Whilst I was on the way home from playing tennis earlier (I know, it is far too cold to be playing tennis) I thought that I could have named this post ‘taking the fun out of social bookmarking’, but that wouldn’t have sounded very exciting for you to read, so I’ve given it a bit of a more exciting title.  Essentially what I want to be demonstrating in this post is that social bookmarking sites are a bit more about networking than they are about bookmarking (if you’re doing it for a business reason, of course).

For those of you who can’t remember, I’ve written before about how you break into social bookmarking, looking at some basics, I’ve looked out the business benefits of using social bookmarking, with its traffic that doesn’t convert, but does encourage others.  I’ve also looked at how you can use Hitwise to find your ideal social bookmarking site.  Here I am going to go off on a bit of a tangent and talk about networks and nodes.  It’ll make sense in the end, don’t you worry about that.  Hopefully.

Wikipedia has a very nice piece on social networking that I think would be useful to look at, although in their sense they are talking generally and not just online social networks.  I don’t know the best way of describing this, so I am just going to paraphrase Wikipedia:  Social networks are about nodes and ties: Here in the diagram each node (blue dot) relates to a person and each tie (the line inbetween) relate to their relationship.  This has been used by anthropologists for years to discover how people interact with each other and evolve.

If we are going to talk about how we get the bookmarks lots of traffic, then we need to look at networks.  On their own the bookmarks may hold a nominal linkage value for the page, but if the network of the user is sufficient then they can help drive more traffic and those users may add more links to the bookmark on their networks, blogs, websites, etc, which in turn will increase traffic from those sites and improve the likelihood of the site appearing in search engines.

How do the social networks work – I think this clever little blog (if you’ll excuse the religious undertones) will give you a good example.  If you look at how the network of Jesus works, you’ll notice that Jesus isn’t connected to all the ‘nodes’ in his network.  This means that if Jesus says something, then the other ‘nodes’ will find out what he says through their ties with his immediate friends.  In fact, if Jesus only had 12 ‘friends’ then it is possible that if each of those 12 had 12 more friends, then you can get to a network of several thousand really quickly.  In reality, those ‘friends’ will be shared around the original 12, but that doesn’t mean that you can’t create a large network really quickly by only having a small number of friends.

With Social bookmarking it doesn’t usually work like that.  You have some people with hundreds of friends (see the famous MrBabyMan on Digg) who will have more power than others.  However these large groups of friends may hinder you in other ways – with so many friends you may find it difficult remembering which friends are interested in which topics to be able to get them to vote for your subject.  However being friends with the odd person like this gives you the ability to be able to network with a large group of people really easily.

The real difficulty in this comes in how you measure the value of your time.  Remember when you first joined facebook and/or myspace?  Initially it was difficult to get friends to join your network, because you didn’t really know anyone on there.  However as you got more facebook friends you started discovering the other people you knew and people you knew started adding you as friends and before you knew it there was a boom.

The trouble with the social bookmarking side is that these ‘friends’ aren’t real friends.  You’ll never meet them.  They are random people out there who just happen to be interested in the same thing as you.  Half the time you probably don’t even know their real name (think of all those people who know me as ‘WhenCanIStop’ – ok there probably aren’t that many of them, but all the same).  This makes it difficult to start and you’ll be wondering, given modest traffic whether it is worthwhile.  I think in this case it is key to keep an eye on your metrics (especially your metrics of success) and focus on your growth.  This will give you an idea how long it will take before it becomes worthwhile (as in shouting from the rooftops of the office at how much money you are making).  It should also give you heart, as although modest to start with, I can see that the benefits will be increasing steadily.